What do you know about partridges besides the one that sits alone in a pear tree? Can you hunt them in the United States? Partridge variations are found worldwide, but you’ll find gray partridges (perdix perdix) in flat agricultural land along the entire United States-Canada border.

Check out these eight fun facts about partridges, plus the perfect recipe to enjoy this bird, made famous by the classic Christmas carol. • In North America, gray partridges are most commonly known as Hungarian partridge, or just “Hun.”

• Gray partridges do not migrate and they’re territorial.

• Young partridges hatch open-eyed and covered in down. They can
even leave the nest and feed themselves.

• Gray partridges are smaller than any grouse, measuring 11.8 to 13 inches and weighing 14 to 17 ounces.

• Gray partridge hens produce some of the largest clutches of any bird species. Their clutch can reach 22 eggs, but average 16 to 18. 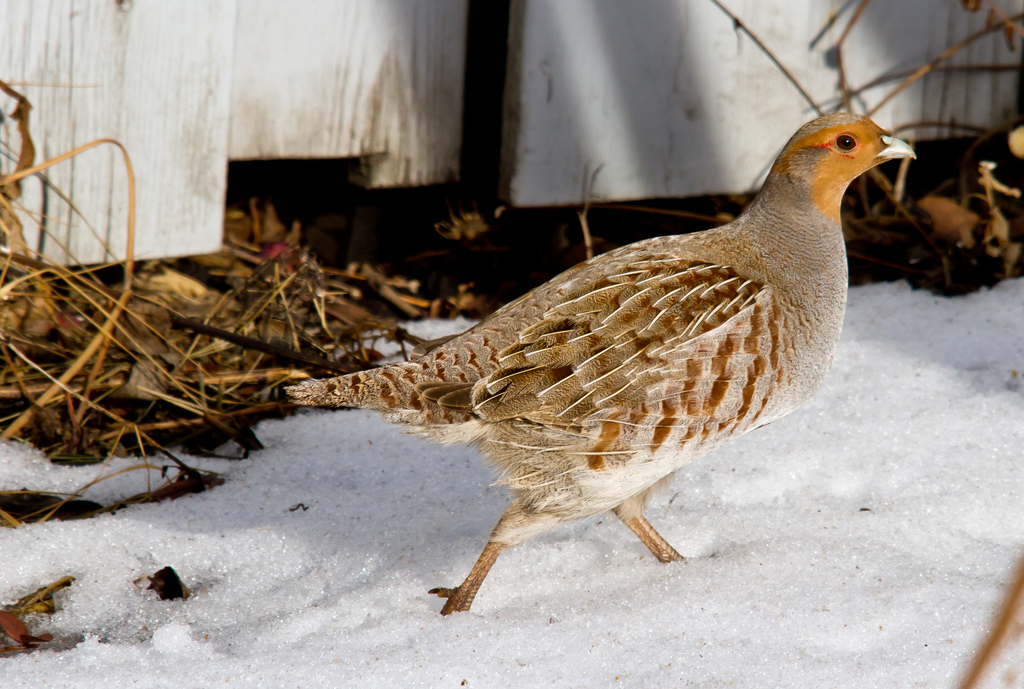 If you can’t hunt a partridge for Christmas, you could always try for doves, ducks, quail, geese or pheasants. Check your state’s regulations and bag limits before hunting birds, whether or not they’re mentioned in Christmas carols.

Partridge with Pears and Blue Cheese 1. Preheat the oven to 400 degrees. Wipe the birds and place a pat of butter inside each bird. Cover with strips of streaky bacon.

2. Put the birds in a roasting tin, mix the water and soy sauce together and pour into the pan. Cover with foil.

3. Place in the middle of the oven and cook about 20 minutes.

4. To prepare the pears: melt the remaining butter in an oven-proof dish and toss the pears in the hot butter. Place on the oven’s top shelf 10 minutes to soften and slightly brown. At the same time remove foil from the partridges and roast a final 10 minutes.

5. The partridges are ready to serve when the juices run clear. Allow one partridge per person. Serve with pear slices, a little dressing (optional) and cheese shavings. Garnish with crispy bacon.

I Got Archery for Christmas. Now What?